Backpack Journalists attend the commissioning of the USS Ralph Johnson

THE US NAVY's most advanced destroyer! All high tech! 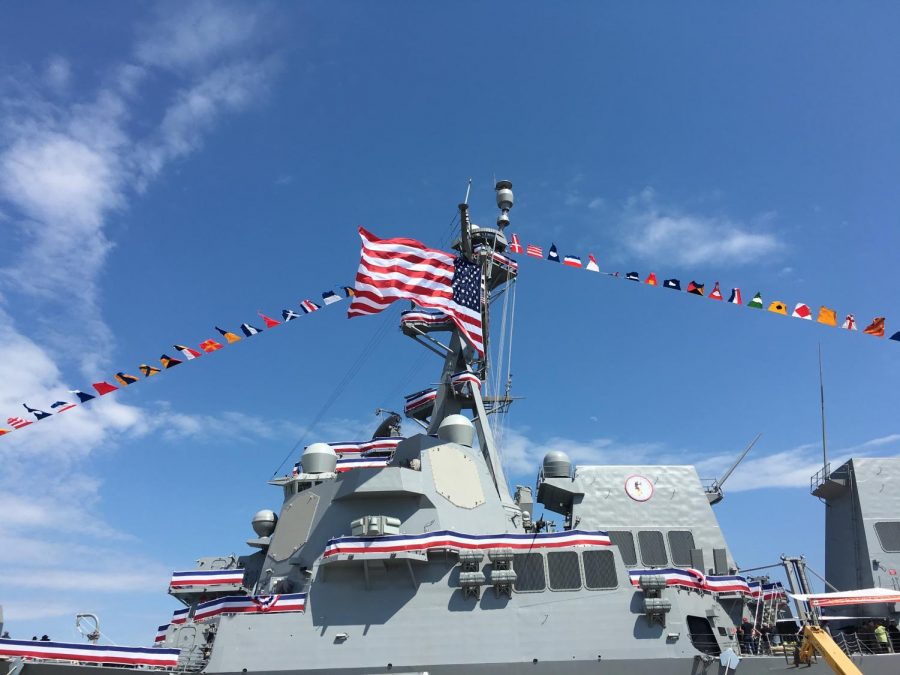 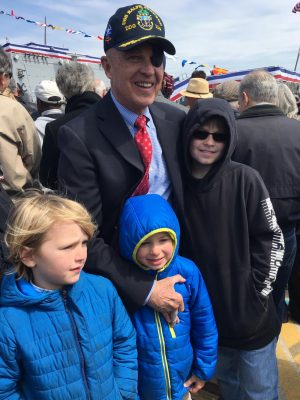 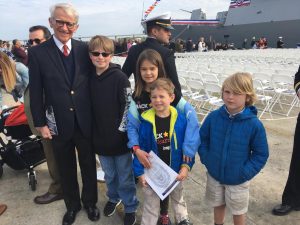 We were in attendance for the commissioning of the Ralph Johnson, from the Columbus Street Pier, Charleston, SC.  While waiting we ran into Mayor Joe Riley, a friend to the Backpackers, and then as we waited in line to tour the ship, there stood Cleve, one of the men that Ralph Johnson saved!

The ship was commissioned as the Navy’s 64th Arleigh Burke-class destroyer.  We waited in line and toured the ship!

The commissioning comes 50 years after its namesake’s death. It was named for Marine Pfc. Ralph Henry Johnson, a Charleston native who received the Congressional Medal of Honor posthumously for his heroism during the Vietnam War. The Charleston VA Medical Center was also named for Johnson in 1991.

Ralph Johnson was killed instantly on March 5, 1968, when he used his body to shield two fellow Marines from a grenade when they came under attack on Hill 146 in enemy-controlled territory.

“Fifty years and 19 days ago, a young black man from this city lost his life in a place halfway around the world as a US Marine,” Neller said, paying tribute to Johnson’s sacrifice.

Neller said he has never been in a foreign country in which someone, when asked where they wanted to live, didn’t answer “the United States.”

“And as long as we have citizens like Ralph Johnson, who are willing to stand up, take an oath to wear the cloth of the nation to defend it, and, if required, if required, to make the ultimate sacrifice, we’re going to be just fine.”

Georgeann McRaven, wife of retired Adm. William McRaven, former commander of the U.S. Special Operations Command serves as sponsor of the ship. McRaven was set to follow a Navy tradition, giving the first order to “man our ship and bring her to life!”  She escorted the RALPH JOHNSON from Mississippi to the Charleston port.

The ship is 509 feet in length, has a beam of 66 feet, and a navigational draft of 31 feet.  The ship is powered by four GE LM 2500 gas turbine engines driving twin controllable propellers to speeds up to 30 knots.

Info on the ship:

Arleigh Burke-class destroyers are multi-mission ships that conduct a variety of operations, from peacetime presence to national security.  The vessel’s capabilities include providing improved detection and reaction against modern air warfare threats and ballistic missile defense. The ship’s Aegis Combat System will allow it to link radars with other ships and aircraft to provide a composite picture of the battle space.

New ships in this class are equipped with anti-ballistic missile capabilities as well.

After commissioning in Charleston, she will make her way to her homeport in Everett, Washington.

TO THE USS RALPH JOHNSON!  Safe seas ahead!