We were on the Fort Ripley, guided by Captain Yan! 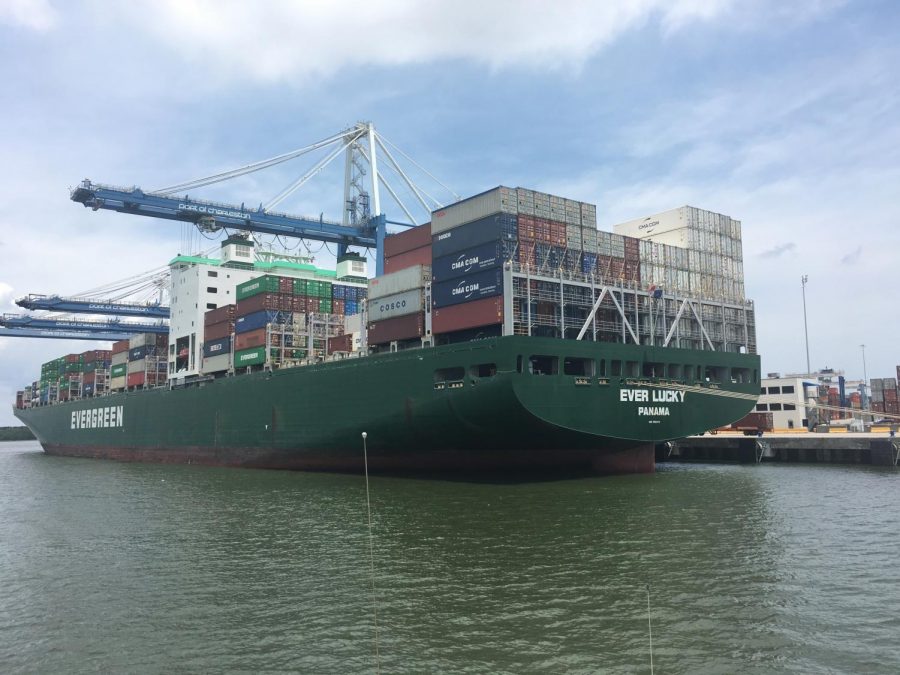 Photographed taken from the top deck of the Fort Ripley

Day One:  An adventure with the Charleston Branch Harbor Pilots, on the Fort Ripley boat!

Did you know that the boats that transport the Charleston Branch Harbor Pilots out to meet the “larger, much larger boats/ships to be guided into the Charleston Harbor” – are named after the local historic forts.

We were on the Fort Ripley, guided through the Charleston Harbor waters by Captain Yan Vazquez.  Crayton Walters, a Charleston Harbor Pilot (‘over 20 years of experience) was our host, along with Elizabeth Hills, communications.   Frequently through our trip we were up on the deck, and able to view closeup a boat being loaded by the cranes at the SC Ports. We traveled inland the South Carolina coastline into the N. Charleston area, passed by the new Hugh Leatherman terminal under construction.  We were also on board when the Captain Yan picked up a crew that had dropped off a boat at the Charleston area, and were able to meet TWO apprentices who are approved now after passing tests and interviews to begin their journey for a career as a Harbor Pilot. And a “short branch pilot” was with them.  Stay tuned as we began to gather the story – i.e. what’s involved in becoming a Harbor Pilot, what’s a “Short branch?”   What type of education do you need?  What’s the history of these skilled Harbor Pilots?  Going back to the late 1800’s?  Robert Smalls can we safely assume he was a harbor pilot?

So, it’s more than just loving sailing the waters…. right? Thanks to all at the Charleston Branch Pilots for allowing us to invade their normally quiet board room and enjoying the Charleston Harbor from certainly a different point of view!

A film in the works! 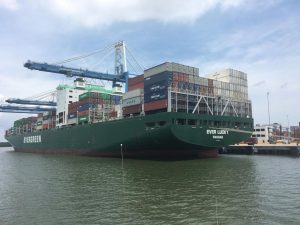 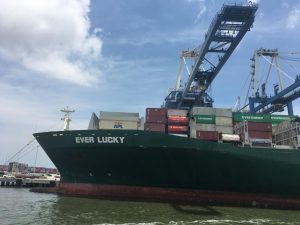 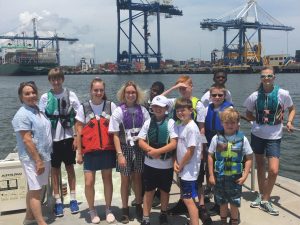 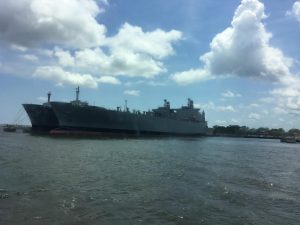 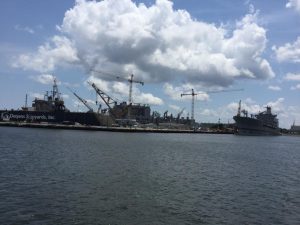 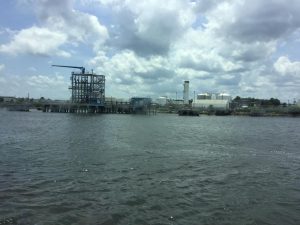 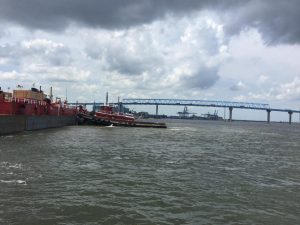