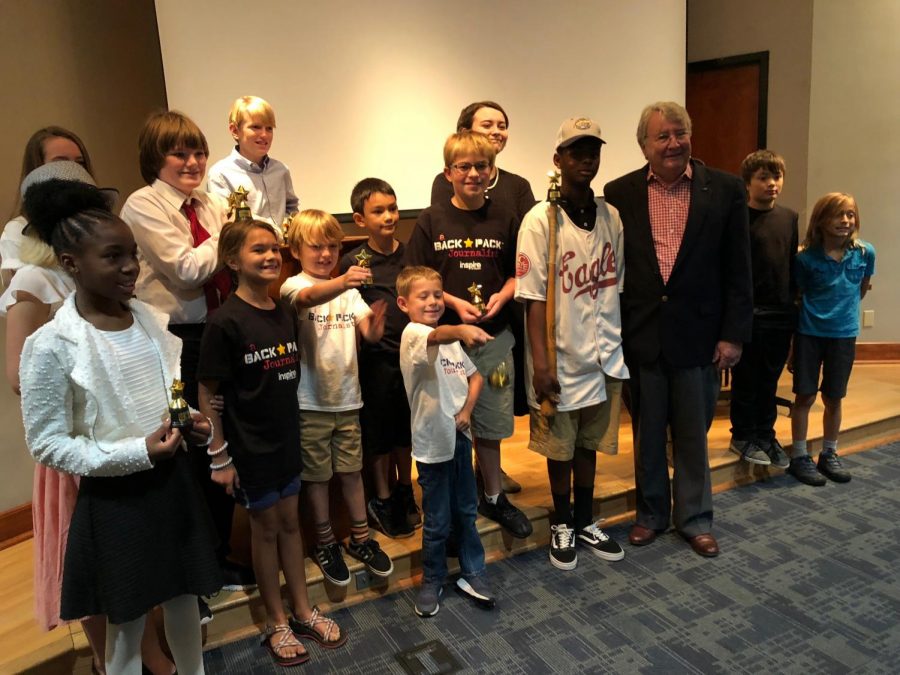 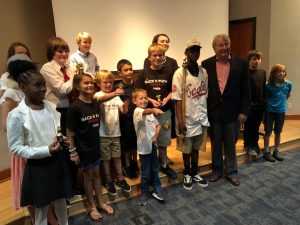 Saturday, October 6, 2018 at the Charleston County Public Library, a team of backpackers presented oral readings and short films, all echos from the low county, Sea Islands residents and other South Carolina  citizens who made a difference during the Civil Rights movement.

A YOUTUBE channel has been established that contains all the short videos that supported each character.   Highlights of each characters’ history and contributions to the Civil Rights movement included in our research and final script.  The film shorts are reached via our PLAYLIST – FILMFEST.

SC Citizens who made a difference:   Larry Doby, Judge J. Waties Waring, Septima P. Clark, Esau Jenkins, Charles “BUD” Ferillo, Jack Bass, Cecil Williams.  All research by the Team Backpack Journalists using printed materials from the UGA Press (book: “Ain’t you got the right to the tree of life”), and working with the College of Charleston – The Collections, pulling archival materials and the University of South Carolina’s South Carolina Library and personal oral histories.

Special interviews included:  Jonathan Green – Breath of Freedom’s art showcasing Judge J. Waties Waring’s dissent decision that opened the door to the US Supreme Courts’ decision to integrate public schools.  This art was created to support the celebration in 2015 of the naming of the US Federal Courthouse at the Four Corners of Law in Charleston, SC.

Charles “Bud” Ferillo was also included in a short interview with a backpacker presented a live reading also.

Dr. Cleveland L. Sellers, Jr., a South Carolina native, who in his interview helped explain the meaning of segregation and then ultimately the triggering event that helped launch the focus of the US Civil Rights movement in 1955.  He lived his life as a teacher and community organizer and now retired.

The feedback from the educators present confirmed that the completed book and script, will also contain two curriculum approaches.  One for Grades 1 – 3, and then grades 4 & up.  Plans are to edit the over content into a 20-minute film/oral readings for Grades 1-3, and then to assembled the presentation as it was for the older children. A Teacher guide also supports this project as a hands on research component was key to the success of this project which consisted of short films and writings by the youth.

Complimenting this was also a short presentation of a few of the Charleston County Public Schools who bear the names of educators:  Mamie P. Whitesides, Sanders Clyde, Burke and Jane Edwards.

The film that opened the FILM FEST:  “The History of the Charleston Maritime Industry” was an educational film short that began with “yesterday, went onto today and then tomorrow”.   Next to come to support this film will be interviews with the “Apprentice Harbor Pilots” and the historical accounting of the life of Robert Smalls, a SC resident who grew up as a slave, found his freedom for he and his family by running through the Confederate blockade piloting the PLANTER SHIP and went onto to return to SC after the Civil War was over to make a difference in the low country of SC and throughout by supporting public education as a SC State legislator. 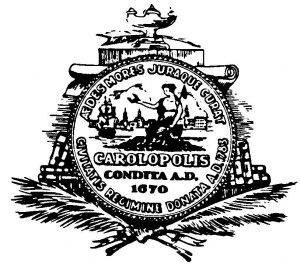